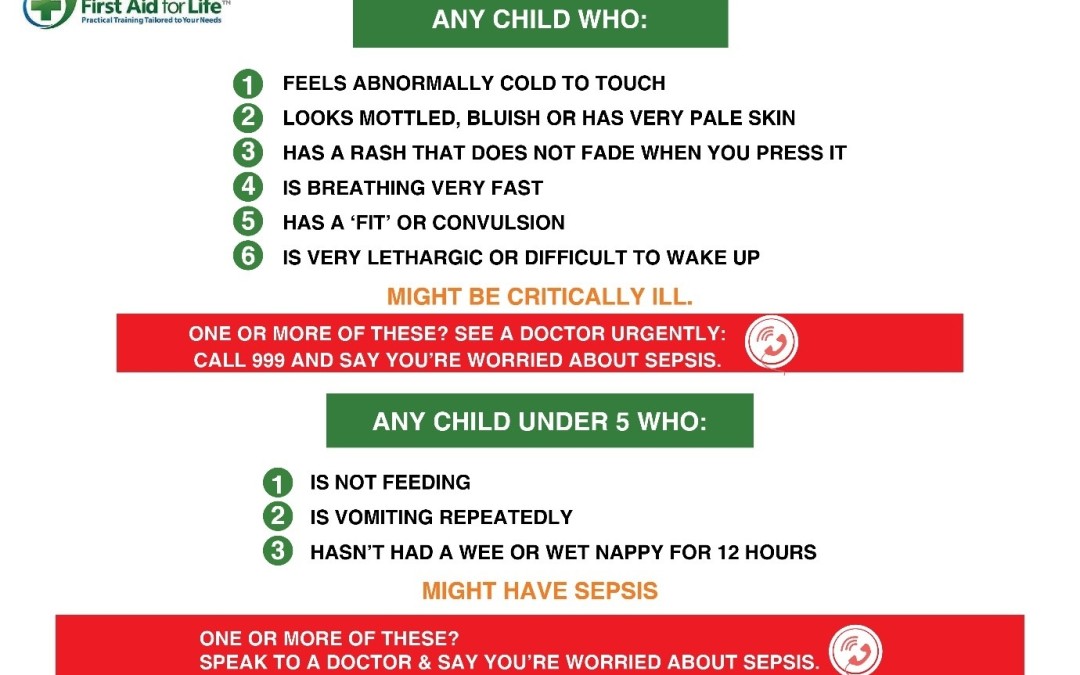 Six signs of Sepsis – essential information for every parent: 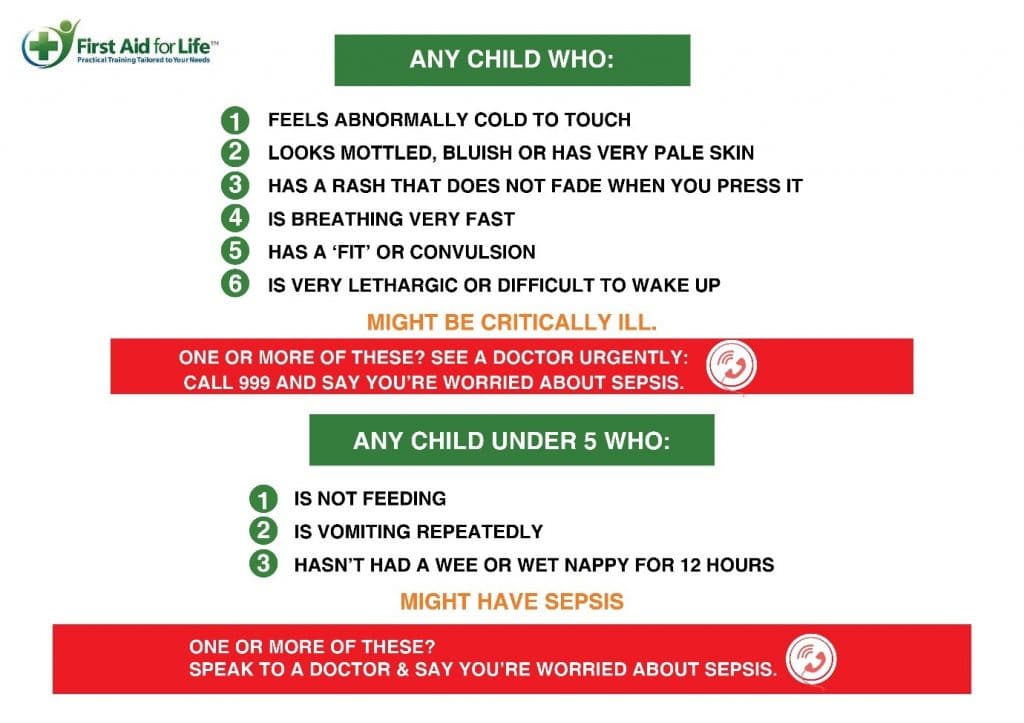 What are we talking about

Sepsis is a common and potentially life-threatening condition where the body’s immune system overreacts to an infection. It results in widespread inflammation, swelling and blood clots. This leads the body to go into septic shock, characterised by a dramatic decrease in blood pressure interrupting the blood supply to vital organs such as the brain, heart and kidneys. Sepsis needs to be treated quickly and aggressively in hospital. Sadly, it is often responsible for amputations, brain damage and deaths. It is vitally important to recognise symptoms early and treat promptly.

As of January 2020, sepsis causes one in five deaths around the world. The researchers at the University of Washington estimate that 11 million people a year are dying from sepsis – more than are killed by cancer. Most cases were in poor and middle income countries, but even wealthier nations are dealing with sepsis. Even in the UK, sepsis is a challenge. The death rate is higher than in countries such as Spain, France and Canada. There are around 48,000 deaths from sepsis in the UK each year, the report shows. One of the most common ways of developing Sepsis is following an operation or injury where the wound becomes infected, or as a secondary infection following an illness such as Meningitis, a chest infection or septic throat.

Read here our article on Starfish, a true story about sepsis.

Possible Signs and Symptoms of Sepsis

Unfortunately, early Sepsis can be a difficult condition to recognise and often takes a while to diagnose. Sepsis can occur in any age group but small children deteriorate particularly quickly. The Sepsis Trust has issued the guidance below to help parents and child carers quickly recognise the signs and symptoms in children: http://sepsistrust.org/

Never wait for a rash

When to go to get medical help:

If you are sent home from the hospital or GP Surgery and the casualty is getting worse. Return again. Trust your instincts and tell them you are worried!

It is strongly advised that you attend a Practical or Online First Aid course to understand what to do in a medical emergency.

Please visit firstaidforlife.org.uk or call 0208 675 4036 for more information about our courses.