In The Press National Newspapers 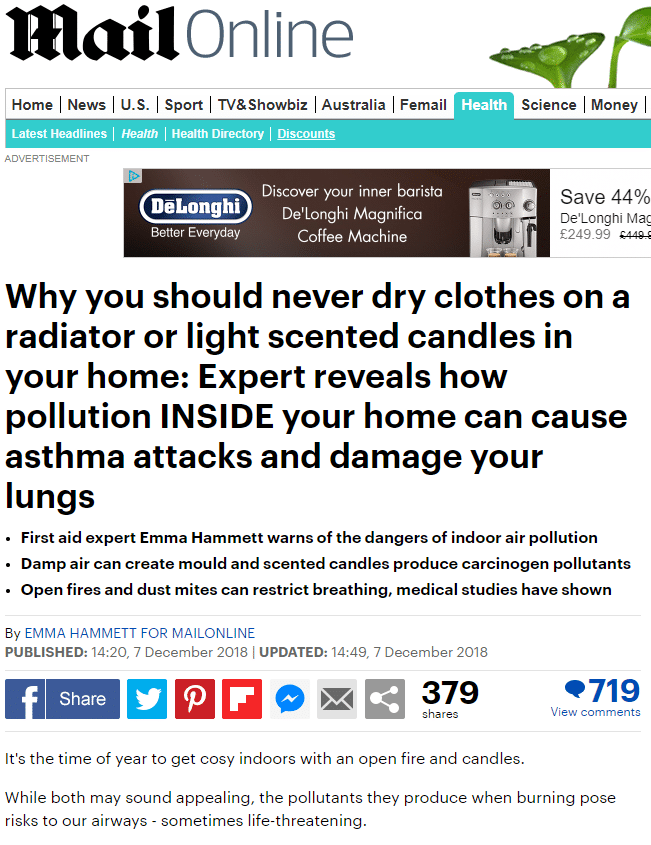 Why you should never dry clothes on a radiator or light scented candles in your home: Expert reveals how pollution INSIDE your home can cause asthma attacks and damage your lungs

By EMMA HAMMETT FOR MAILONLINE

It’s the time of year to get cosy indoors with an open fire and candles.

While both may sound appealing, the pollutants they produce when burning pose risks to our airways – sometimes life-threatening.

The same goes for drying clothes over a radiator, as studies show moisture in the air creates more mould, which can have damaging effects.

Children are the most at risk, according to first aid expert Emma Hammett, who reveals that dust mites in the home are a leading trigger for asthmatics. 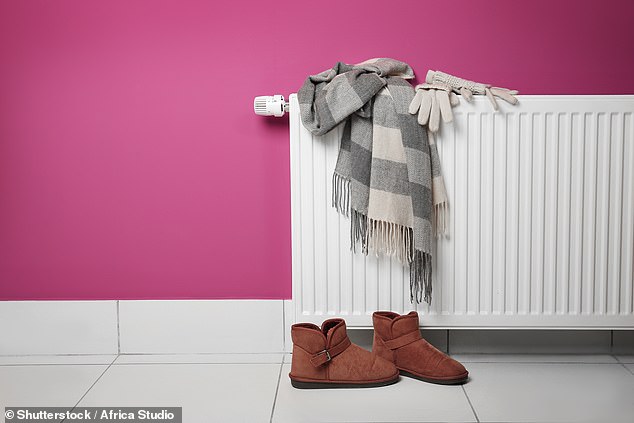 Up to 30 per cent of indoor moisture comes from drying clothes indoors, according to a study. This allows mould to thrive and creates conditions for a fungal condition called Aspergillosis, nurse Emma Hammett said. This can effect people’s breathing and even be life-threatening

Medical experts have issued a health warning about the dangers of regularly drying your clothes indoors on a radiator.

One study in Scotland revealed 30 per cent of indoor moisture came from drying clothes indoors.

The problem comes when damp air allows mould to thrive and creates conditions for a fungal condition called Aspergillosis.

However, those with asthma are more at risk. It’s estimated that around 1 in every 40 people with asthma may be affected by allergic bronchopulmonary aspergillosis (ABPA), typically causing wheezing, shortness of breath, a cough with mucus and sometimes blood.

We spend 90 per cent of our time indoors so ensuring good indoor air quality is essential, especially for those with breathing issues, such as asthma, lung conditions, such as chronic obstructive pulmonary disease (COPD) or pneumonia.

Children whose lungs are still developing are also particularly vulnerable to air quality, as are those with compromised immune systems.

Poor air quality in the home can also increase your risk of stroke and heart disease.

Indoor air pollution is affected by many factors. You may already be aware of some of these such as cleaning or decorating chemicals, building materials or tobacco smoke.

Aspergillosis can become potentially life-threatening for those with the weakest immune systems, such as those who have had cancer or a organ transplant, or those with a lung condition such as cystic fibrosis or chronic obstructive pulmonary disease (COPD).

It can cause coughing, breathlessness, tiredness and weight loss or coughing up blood. If left untreated, the mould can spread in the blood to places such as the kidneys or brain.

According to Asthma UK, 42 per cent of people with asthma report mould and fungi as known triggers of their asthma.

The best practice is to dry clothes outdoors if possible, otherwise in a well-ventilated utility room. Although expensive, a tumble dryer is the healthier option.

If it is unavoidable to dry clothes indoors, then make sure a window is open to keep the area well ventilated. Less humidity results in less mould spores.

You can also buy heated drying rails with a cover that turns them into an airing cupboard.

Good to know: Mould spores are at their highest in autumn and winter. If your house is damp, be aware that there will be an increase in indoor spores when the central heating is turned on. 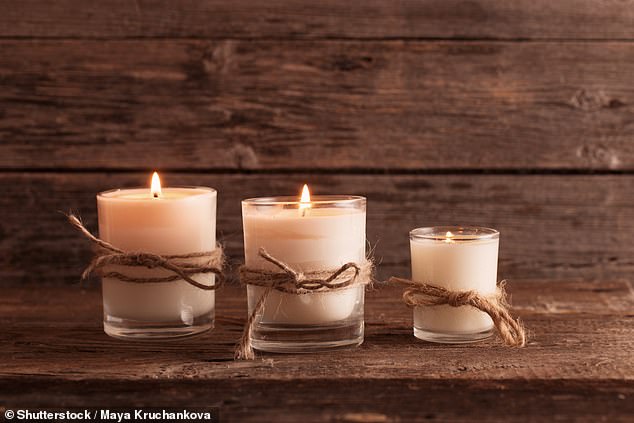 Scented candles can let off pollutants such as volatile organic compounds, which can trigger asthma and raise the risk of heart disease, and formaldehyde, which was named as a known carcinogen in 2011, by the National Toxicology Program

How to improve air quality in the home

Nothing says Christmas more than the smell of a spicy scented candle.

However, be aware that candles and incense let off particles such as volatile organic compounds (VOCs) – compounds that easily become vapours or gases.

VOCs are released from burning fuel such as gasoline, wood, coal, or natural gas as well as from many consumer products such as cigarettes, scented candles and solvents.

VOCs are blamed by numerous studies for triggering asthma in children and worsening it in adults, and raising the risk of heart disease.

Breathing in the irritant can inflame the eyes, nose and throat, cause difficulty breathing, nausea, and damage the central nervous system.

Candles also let off formaldehyde when they burn, a pollutant which is known to be harmful to health over the long term.

Formaldehyde was first classified as a probable human carcinogen in 1987 by the US Environmental Protection Agency (EPA).

Since then, some studies of humans have suggested that formaldehyde exposure is associated with certain types of cancer, leading to it being named as a known carcinogen in 2011, by the National Toxicology Program.

The study revealed concentrations of limonene in scented candles were up to 100 times higher than previously thought.

The study warned fragrance chemicals could completely dominate the inside of our homes, meaning more exposure to formaldehyde.

The study concluded with the recommendation of opening doors or windows after burning a scented candle or spraying air freshener.

On top of this, incense sticks give off 100 times the amount of fine particles as a scented candle.

The British Lung Foundation advises you don’t light several scented candles or incense sticks in a confined space such as a bathroom. However occasional use is okay.

Good to know: Houseplants such as geraniums, lavender and types of fern would found to remove formaldehyde from the atmosphere.

Nothing conveys cosy better than a blazing fire. However having an open fire or stove that burns wood or coal releases particulate matter that can give you breathing problems, or cause your existing symptoms to worsen by inflaming your airways.

Around 10 per cent of UK homes have an open fire or wood-burning stove, and open fires produce greater emissions than stoves.

In urban areas, wood burning is thought to increase particulate matter to levels comparable to those from traffic pollution. 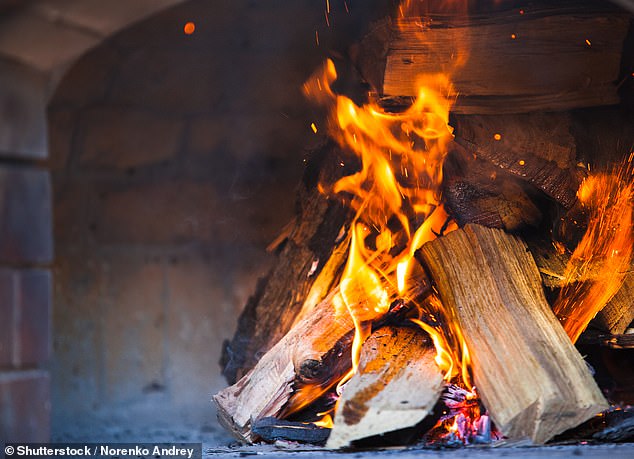 Open fires that burn wood or coal release emissions that can cause inflammation in airways, says Emma Hammett.  As well as this, wood smoke contains at least five cancer-causing chemicals, according to the International Agency for Research on Cancer

According to the International Agency for Research on Cancer, wood smoke contains at least five cancer-causing chemicals.

They issued a report in June that warned smoke from trendy outdoor fire pits and BBQs can cause heart disease, lung disorders and cancer.

Studies show our homes can be affected by smoke from a neighbour’s wood fire, too.

Burning wood and coal can release carbon monoxide and lead to poisoning – ensure you have a working alarm that is regularly serviced. Get flues and chimneys cleared annually and know the signs of carbon monoxide poisoning.

The Environment Secretary, Michael Gove, is currently in plans to restrict sales of wet wood and phase out coal for domestic burning in a crackdown on air pollution. 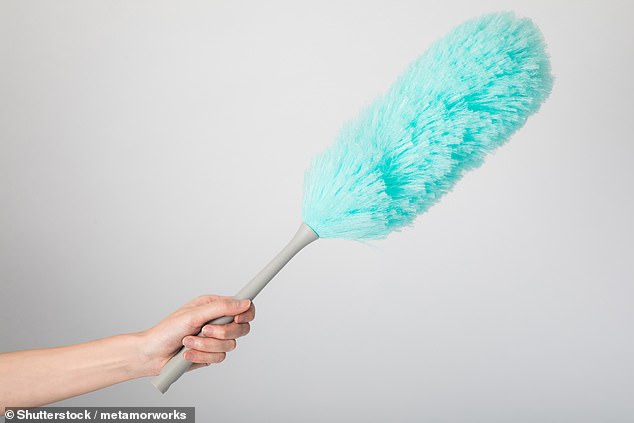 According to Asthma UK, 64 per cent of asthma sufferers report their asthma being triggered by dust mites, which thrive in dead skin and humidity. Anecdotal evidence suggests air filter could reduce dust mites, but there is no consistent evidence to support this

According to Asthma UK’s annual survey, 64 per cent report their asthma being triggered by dust mites. Thanks to central heating, dust mites can multiply in winter.

These tiny mites live in the cushions and throws we may use more in winter, as well as pillows, mattresses, and bedroom carpets.

Dust mites feed on dead skin and live in the dust that accumulates in our houses. Keeping your home well ventilated can reduce humidity which allows dust mites to thrive.

However Asthma UK reports no consistent evidence that this is the case and suggests taking regular preventer medicine to manage asthma symptoms.

If you do this your airways will be less inflamed, and less likely to react to any of your asthma triggers, including dust mites.

You must ensure you have your reliever inhaler with you at all times.

One study found children using dust mite proof covers on their bedding – e.g. mattress, duvet and pillowcase – resulted in the children being less likely to be hospitalised due to an asthma attack. However, Asthma UK wanted more research to confirm this was the case.

Emma Hammett is the founder of First Aid For Life and a former nurse.