The truth about the Heimlich Manouevre 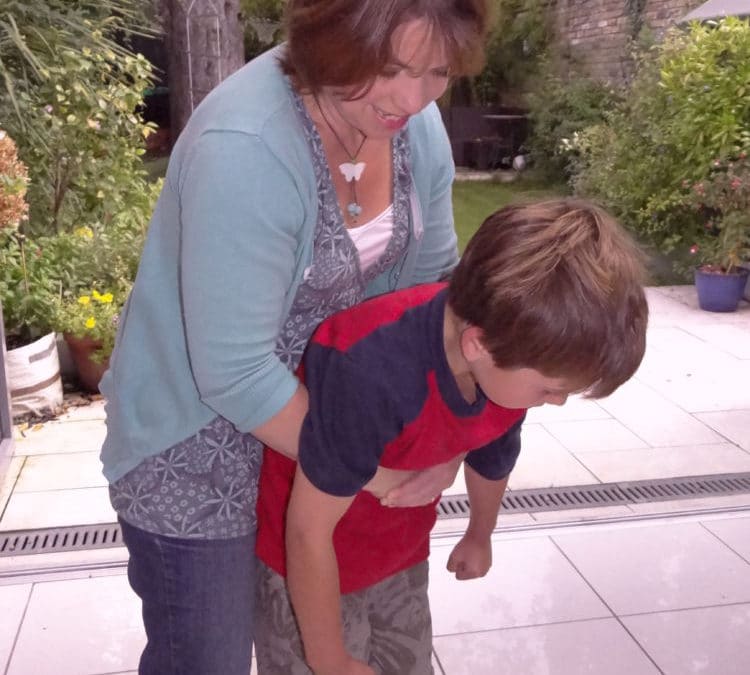 From Spanish (“Maniobra de Heimlich”) to German (“Heimlich handgriff”) Dr. Henry J. Heimlich’s name is famous — the label for an easy method to prevent someone from choking to death. In this excerpt from his new memoir, “Heimlich’s Maneuvers” (Prometheus Books), out this week, the doctor explains how he invented the technique.

Answer: Each choked on food and were saved with something I invented called the Heimlich maneuver.

Many people ask me how I came up with it. Sometimes people guess that it came about by accident. Was I standing next to someone who was choking and I accidentally bumped into the person, causing the food in the throat to shoot out?

I assure you, the process of coming up with the maneuver was much more methodical than that. In fact, I invented it just as I have all my other techniques and devices — that is, through scientific research.

I first became interested in the problem of choking in 1972, after I read an article citing the top causes of accidental deaths. Most would be what you would expect: car accidents, fire, drowning and falls. What caught my eye was the sixth-leading cause of accidental death — it was choking on food or a foreign object.

Nearly 4,000 people were dying from choking each year in this country alone. Most commonly, people choked to death on a piece of food, or, with children, a small object they had put in their mouths.

What is particularly frightening is that, when someone is choking, it takes only four minutes before the person dies or suffers permanent brain damage.

Treatments for choking were impractical, even dangerous. Cutting an opening in the trachea to create a temporary airway could just as easily slit someone’s throat. Slapping someone on the back could make the situation worse, by having the food lodge deeper in the throat.

What about attacking the problem from below the blockage? As a thoracic surgeon, I knew there is always residual air left in the lungs, even after forcibly breathing out. If there was a way to make use of this air, would it be enough to expel a trapped object in an individual’s airway?

In 1973, I decided to try to answer this question by setting up an experiment in my laboratory at Cincinnati’s Jewish Hospital, where I was the director of surgery.

I used an 8-inch-long endotracheal tube with a diameter the size of a nickel and a balloon wrapped around one end. I sealed one end of the tube to prevent air from getting through and inserted it into the airway of an anaesthetized dog.

Once I inflated the balloon, the dog stopped breathing, signaling that he was choking. Immediately, I pressed on the dog’s chest, but the tube did not move. I tried it a few more times and still no results. I quickly removed the tube, and the dog began to breathe again.

I stopped to analyze the situation. Obviously, simply pushing on the chest did not compress the lungs sufficiently. The problem was the rib cage — the rigid, bony ribs held their shape under extreme pressure.

I moved down the body in my thinking and thought about the diaphragm, the flat muscle that separates the chest from the abdomen. If I pushed the diaphragm upward into the chest, perhaps that would create the “bellows” effect and force air from the lungs upward, expelling the tube out of the dog’s throat.

I turned back to my sleeping, canine patient, and I again inserted the tube and inflated the balloon until the dog began to choke. Then I placed my fist on the dog’s belly, just under the rib cage, and pushed the diaphragm upward into the chest.

Instantly, the tube shot out of the animal’s mouth.

Once I got over the shock, I repeated the procedure. Each time, I got the same result.

Through experiments, I eventually learned just how powerful the airflow was. During normal breathing, a person exhales about two gallons of air per minute. But when we forced our diaphragms upward with a fist, each application of the method produced almost a quart of air in one-quarter of a second. This force of air came to almost 60 gallons of air per minute, more than enough to drive a trapped object out of the throat.

By 1974, I was ready to share my findings with the public. I wrote an article for a medical journal that was soon picked up by the general press. A man named Isaac Piha read about it in the Seattle Times and afterward dislodged a piece of chicken from a choking woman’s throat — to my knowledge, the first person to ever use the maneuver.

I received a phone call from an editor at the Journal of the American Medical Association saying they wanted to name the procedure after me.

“We don’t know whether to call it the Heimlich method or the Heimlich maneuver,” he continued. “A maneuver is something you do once, or the same procedure is repeated. A method is a series of steps, like a urine analysis.”

“Maneuver!” I shouted into the phone.

For other articles about what to do if someone neat to you is choking, click here, or here