Risk of strangulation by a blind cord 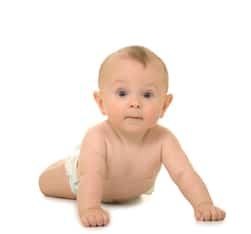 How have blind cords been involved in accidents?

We typically hear about one or two children dying after becoming entangled in blind cords in the UK each year and there are many more near misses.

Research indicates that most accidental deaths involving blind cords happen in the bedroom and occur in children between 16 months and 36 months old, with the majority (over half) happens at around 23 months. These toddlers are mobile, but their heads still weigh proportionately more than their bodies compared to adults and their muscular control is not yet fully developed, which makes them more prone to be unable to free themselves if they become entangled. In addition, their windpipes have not yet fully developed and are smaller and less rigid than adults and older children, making them suffocate more quickly if their necks are constricted.

There have also been cases in which babies have been accidentally strangled by cord loops hanging into their cots. Where there are young children present in the home, our advice is to tie looped blind cords up out of the reach of young children.

RoSPA does not recommend that cords are cut, even as a short-term solution. It is advisable that any action taken on the blind cord is a permanent one which will take the cord out of reach of children. It is not an expensive task and cleats will be made available to those who need them from the RoSPA website!

Cutting the cord in the wrong place can make the blind inoperable; and it may also lead to one cord becoming a lot longer which increases the risk of entanglement. Cut cords can also become tangled up resulting in the reformation of a loop.

The supervision of young children also plays a vital part in reducing the likelihood of accidents happening.

This issue is currently being examined by the Royal Society for the Prevention of Accidents, who are meeting with Department for Business, Innovation and Skills), CAPT (Child Accident Prevention Trust) and the BBSA (British Blind and Shutter Association) to call for better regulations to govern the design, manufacture, supply and installation of window blinds.

The British Blind and Shutter Association have produced an information leaflet (Make it Safe campaign) which is available from: http://www.bbsa.org.uk/docs/BBSA-Cord-safety-leaflet-140809.pdf  see also:

http://www.bbsa.org.uk/domestic/safetyissues.aspx for solutions to make blinds of different styles safer.

Many millions of blinds are sold every year in the UK and the BBSA has some simple guidelines for parents and carers of babies and small children as looped blind cords can pose a potential hazard:

For more information on this issue please visit:
http://www.polesdirect.com/blog/curtain-poles-child-safety/

Daughter's finger amputated at a nursery and left in a cup of ice
How to register as a nanny on the Voluntary Ofsted Childcare Register
First Aid Training, What's the Point?
Top 10 Essentials for your Travel First Aid kit