Who was Edith Cavell? 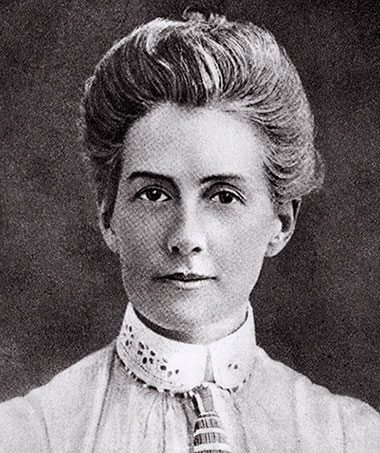 Who was Edith Cavell?

Cavell is the Florence Nightingale you may not have heard of.

She bravely treated soldiers of all nationalities during the First World War. This
was in an era before charities such as Medicins Sans Frontieres existed and was
during a time of intense nationalism and discrimination, possibly intensified
by the War.

She was also part of an undercover mission from her Belgian hospital in which she
courageously helped Allied soldiers to safety. This eventually got her executed
and shot by firing squad.

Her story is fascinating and inspiring. Cavell is an unsung hero of the British
nursing tradition.

Cavell was born in 1865 near Norwich, Norfolk. She initially worked in Belgium as a
Governess but returned to her home village when her father became ill.

She was a devoted home carer, nursing him back to health. After doing so, she decided to
formally train to become a nurse. Cavell trained at the Royal London Hospital
in Whitechapel under Matron Eva Luckes – a friend of Florence Nightingale!

Cavell served in a number of British Hospitals before being invited back to Belgium to
nurse a sick child. Here, she was invited to become Matron in the very first
Belgian Nursing School.

Cavell became a leading pioneer in Belgian healthcare. She trained nurses in their
profession,

In 1914 Cavell immediately returned from a family visit in England back to Belgium. Although
she could have stayed in England, further away from the frontline, she
explained that ‘at a time like this, I am needed more than ever’.

Cavell is best known for her work during World War One. Both the courage and impartiality she demonstrated in treating soldiers of all nationalities during this time are
truly inspirational.

Cavell cared for all the wounded, regardless of nationality. This was unheard of in
such times. She received a huge amount of criticism by many British who
disapproved of her assisting German and Austrian soldiers (who were the
‘enemies’).

Cavell stated, ‘I realise that patriotism is not enough. I must have no hatred or bitterness towards anyone’ in 1915.

After the German’s invasion of Brussels, the nursing school became a Red Cross hospital.
It continued to treat Belgians, but also casualties from both sides of the
war.  She happened across two wounded
British soldiers, she treated them and then helped to smuggle them across the
border into Holland.

Following this, Cavell became an integral part of a whole network of people who sheltered Allied and Belgian soldiers. In 11 months, it is estimated that she saved over 200 British, French and Belgian soldiers.
These wounded soldiers were initially given shelter in the hospital and then
helped across the border into neutral Holland.

On 9 August 1915 she was arrested by the Germans charged
with ‘assisting men of the enemy’. She was tried with 34 co-conspirators and
was sentenced to death for treason. She was executed on 12 October 1915.

Her body was transported back to Britain and a memorial
service was held at Westminster Abbey. She became a symbol of the Allied cause.

From her legacy, the Cavell Trust has been created. This Trust provides support to nurses and other medical professionals.

Help has been required more urgently in recent times. Between 2014 and 2017, the number of calls to the Cavell Trust doubled. A Cavell Trust report revealed that nursing staff were also twice as likely to be unable to afford basic necessities than the average person.

In addition, it found more than two in five nurses had a physical or mental health condition that was expected to last longer than a year.

Clearly, more support for nurses is required. There are many ways you can support nurses, not least through the Cavell Trust itself.

One hundred years after the War, Edith Cavell symbolises the bravery and tolerance which the nursing profession is so well known for.