Driving and the law: twelve critical hazards you may not know 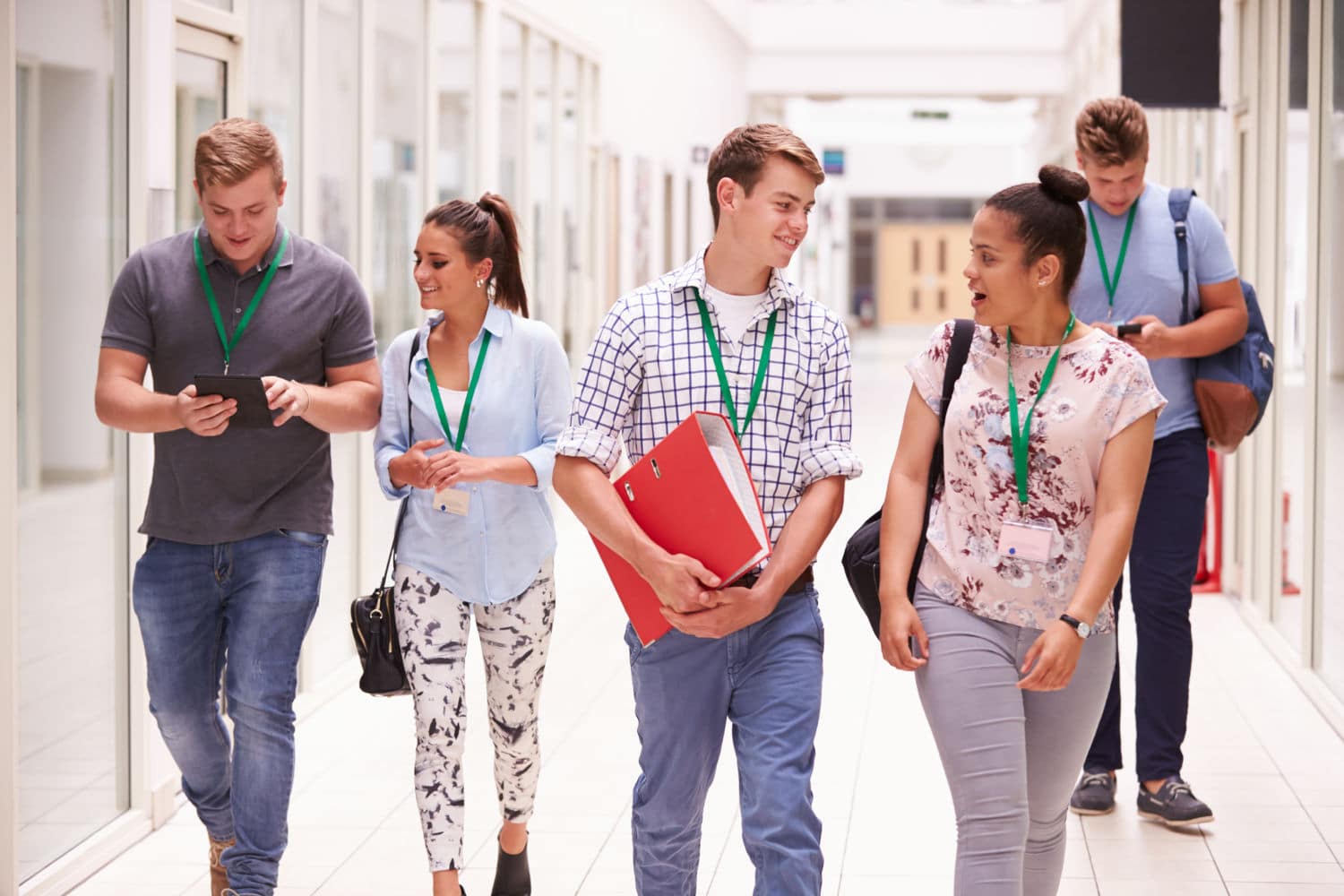 The lanyard – the identity pass worn around the neck at work – could cost you your life if you are involved in a car accident whilst wearing it.

The recent police warning came after the drivers in a spate of car accidents sustained additional serious injuries because they were wearing their lanyards.

One driver was involved in a crash which activated the safety airbag, the implosion of the bag forced the lanyard and identity pass into the driver’s chest. This caused a collapsed lung which needed hospital treatment. However, police suspect the driver would have walked away from this crash, probably without injury, had they simply removed their lanyard and pass before getting into the driver’s seat.

In a second accident, a driver wore a lanyard with sets of keys attached – used for opening medicine cabinets. When he was involved in a collision, that caused the airbag to be deployed, these keys were forced into the driver’s bowel and perforated it. The result? The driver was hospitalised for six weeks and still hasn’t returned to work after six months.

Therefore, police are strongly advising drivers to remove their lanyards before driving, to reduce the risk of further injury in the event of a collision. Alternatively opt for breakaway lanyards which instantly release if they get stuck or caught.

Although police stress this type of incident is unusual, they hope that by raising awareness it will prevent more drivers from serious injury.

Pens in your shirt pocket

The lanyard is not the only a hazard when driving. Carrying a pen or objects in a top pocket, has led to a fatality in at least one case, where the driver’s heart was pierced with a pen in an otherwise minor accident.

Holding a set of keys in your hand – or any sharp objects ­– can be forced into the body or face in the event of a collision. (I received 7 stitches in my chin as a child, from just such an accident).

Similarly, children sucking on a lolly whilst travelling in a car could result in injury from the lolly stick. I have administered to casualties in A&E when such an accident has led to the lolly going through the back of their soft palate and causing very serious injury (Similar injuries can occur when children are running or on scooters with lollies in their mouths).

We all know that calling or texting on the phone while driving is illegal. In fact, the Prime Minster vowed to make drivers using their mobiles as socially unacceptable as drinking and driving. Research shows using a hand-held or even hands-free mobile phone while driving presents significant distraction: it has been estimated for every six seconds of drive time, a driver who is sending or receiving a text message takes their eyes off the road for a staggering 4.6 of those seconds.

Little wonder then that statistics show drivers using their mobile phones being four times more likely to be involved in a crash. The most recent figures available showed 32 cases where mobile phones were a factor in a fatal crash on UK roads.

If you are caught using a hand held phone when driving you could end up with six penalty points and a £200 fine. You could also be banned from driving or get a maximum fine of £1,000.

If you only passed your driving test in the last two years, you could lose your license.

If you are caught by the police driving while on the phone for a second time, you stand to be disqualified from driving and could be fined £1,000.

Many people are not aware it is also illegal to check your phone or read texts and emails when you are stopped in traffic or at traffic lights – as your engine is still running. This also applies to drivers of start-stop cars where the engine cuts out to save fuel.

Satellite navigation systems or sat navs are invaluable for giving specific directions to a destination and have undoubtably reduced the number of in car arguments about map reading. However, when poorly used, the sat nav can be a distraction in its own right. Understanding how to operate your sat nav before you get into the car can reduce uncertainly when driving.

Make sure your sat nav is positioned safely out of the way of airbags and not blocking the driver’s vision. It also needs to be placed where it can’t hurt someone in the event of a collision.

It needs to be in your sightline and not by the hand brake, for example, where you need to keep glancing down at it. When programming your sat nav, you should always pull over and stop before doing so.

It is also illegal to use your phone as a sat nav if it is not fixed on your windscreen or dashboard. The phone must be clearly visible without you needing to hold it. Research shows using the mobile removes your full attention from the road and traffic – your eyes and mind are off the road and your hands are off the steering wheel.

Eating or drinking while behind the wheel isn’t against the law, but it is discouraged if it’s distracting. Furthermore, police could prosecute you if they felt you were not in complete control of your vehicle and posed a threat to other drivers. Changing a CD in your car or applying your make up at the wheel are also circumstances where you could be deemed not in complete control of your vehicle – you could face a £100 fine and anything from three to nine penalty points

Legs up on the dashboard

Although is a relaxing way for a passenger to travel, putting your feet up on the dashboard of the car, can cause substantial injury in the event of a collision. If the airbag detonates, it can propel your extended limbs into your face.

It is important to have both feet on the floor when travelling in a car.

Wearing a padded coat when buckling up

Did you know that wearing thick puffer jackets in the car could reduce the effectiveness of seat belts  – especially when worn by children? Tests show the padded jackets and suits prevented parents from properly tightening the seat restraints leaving the child with considerably less protection in the event of a crash. It has been known for children to simply slide out of their coats in a collision.

Advice suggests removing thick coats and using a blanket for warmth instead.

Pets roaming free in the car

Two thirds of UK drivers are unaware that travelling with your pet lose in the family car could land them a fine of £5,000 for careless driving, invalidate their insurance and get them a possible nine points on their license should the case go to court.

Pets free to roam in a moving car can be a driver distraction and smaller pets such as cats have been known to interfere with the driver’s foot pedals.

Instead, the Highway Code recommends animals should be restrained with a dog cage, dog guard, pet carrier or seat belt harness.  It is also dangerous to let your pet travel with their head out of the window.

Leaving your child in the car at a petrol station

It’s a familiar scenario for many parents on a long journey, you pull into motorway service station to fill the car up and your child is fast asleep in the back.

Do you wake them up and take them with you when you go in to pay for your fuel, or do you leave them and scurry in to pay, hoping they’ll stay asleep? It’s worth noting that according to gov.uk you might be breaking the law if you leave them in the car, as it is illegal to leave a child alone if it places them at risk.

Find more about how to keep your child safe here

Changed your medication – have you informed the DVLA?

DVLA of any change in your circumstances. We all know you should notify them about a change of name and address, but you also need to let them know about medical conditions that might have developed since you started driving.

These include medical conditions or disabilities such as epilepsy, strokes, neurological and mental health conditions, physical disabilities and visual impairments, all of which can have an impact on the ability to drive safely.

Take care too when taking your prescription drugs before driving as some medication affects your ability to drive. There are also legal limits for drivers of prescription drugs (as well as illegal ones of course) such as Valium and morphine. Do consult your doctor if you are in doubt.

Littering from the car

Finally, throwing rubbish out of a car window – including cigarette butts – could get you a fine of £150. Tougher litter laws introduced last year aimed to combat anti-social behaviour don’t just cover fast food wrappers, but apple cores and fruit peel too.

We all hope it will never be the case, but if you happen to be involved in a traffic accident this guide might be very helpful for you.