Practical First Aid Training is the best way to learn how to save someone’s life.

First Aid for Life show you how to save a life –watch us in action now!

but children and those collapsed due to drowning or a breathing problem need rescue breaths as well! 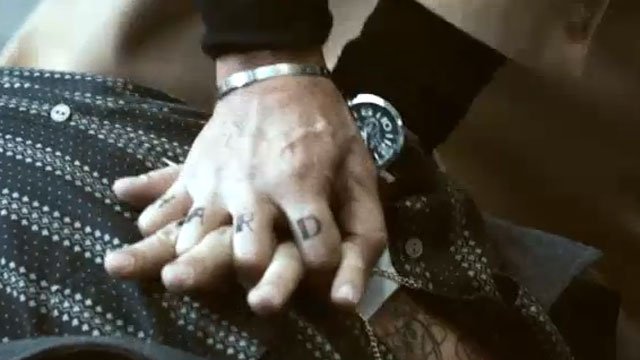 The British Heart Foundation is urging people to forget “mouth-to-mouth” and to concentrate on chest compressions when performing CPR.

“Hands-only CPR” has previously been supported by the Resuscitation Council (UK).

But it is now being promoted in a new advertising campaign featuring footballer-turned-actor Vinnie Jones.

New polling by the BHF suggests many feel worried about the idea of giving the “kiss of life”.

The official position of the BHF is now that anyone who does not have CPR training should ignore the kiss of life in favour of hard and fast compressions in the centre of the chest.

A new poll conducted across the UK and involving 2,000 respondents showed nearly half were put off from performing CPR because of a lack of knowledge.

A fifth worried specifically about the thought of the kiss of life or about contracting an infectious disease.

Four in 10 people were worried about being sued if they did something wrong, even though the BHF argues no such case has ever succeeded in Britain.

“The kiss of life can often be daunting for untrained bystanders who want to help when someone has collapsed with a cardiac arrest,” said Ellen Mason, senior cardiac nurse at the BHF.

She said the kiss of life remained the “gold standard” of CPR, but added if a person had not had training the best option would be to just do chest compressions.

The BHF is also suggesting people hum to the Bee Gees hit Stayin’ Alive, to get the tempo of chest compressions right, although others have in recent months questioned whether this is appropriate, suggesting it may lead to compressions which are too shallow.

The new BHF advert features Vinnie Jones in his traditional hardman guise, administering chest compressions to a Bee Gees backbeat after being thrown an unconscious body by his henchmen.

Ellen Mason, a senior cardiac nurse with the British Heart Foundation, shows how to perform CPR without “kissing”

Commenting on the new campaign, he said: “There really shouldn’t be any messing about when it comes to CPR. If you’re worried about the kiss of life just forget it and push hard and fast in the centre of the chest.

“Hands-only CPR should give have-a-go heroes the confidence to step in and help when somebody is in cardiac arrest.”

Ms Mason said everyone should learn what to do: “Thirty thousand people have a cardiac arrest in the UK every single year and half of those are witnessed, but in most cases no-one acts, no-one knows what to do, people panic.

“If it was us, we would all want our loved ones and ourselves to be saved, wouldn’t we?”