10 Common Ear Problems and what you can do about them 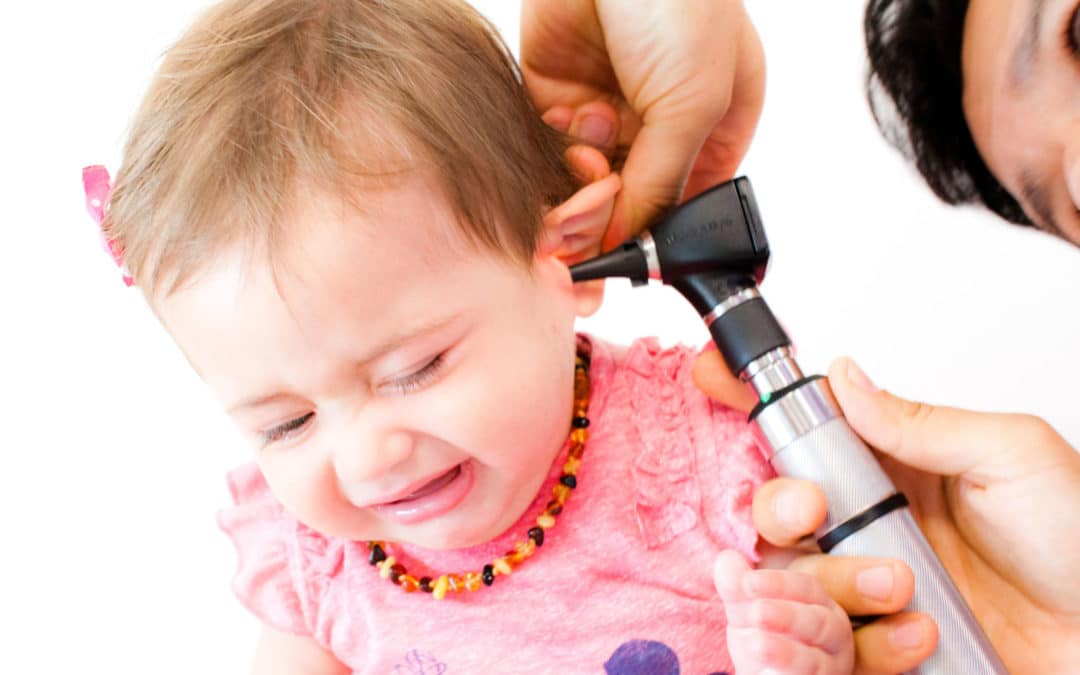 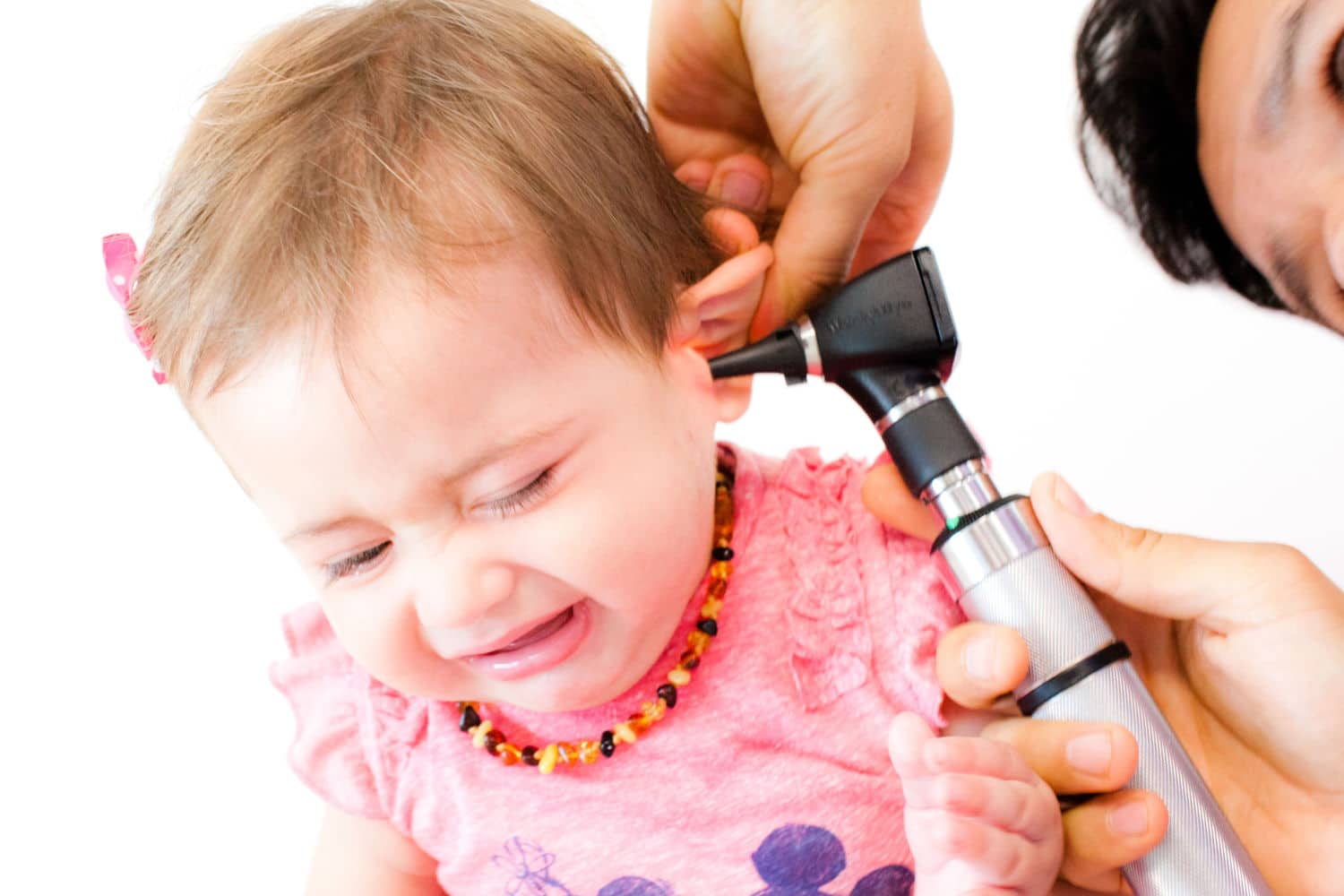 Ear problems can be very uncomfortable and unpleasant, especially in children. However, they don’t usually cause long term problems. Here are the top common ear problems and how to deal with them so they don’t cause too much pain or distress.

These are the most common form of ear pain, especially in children. Infections cause most earaches in children which clear up after a few days. There are inner and outer ear infections. Here are the differences between the two.

Inner infections:  otitis media – usually affects children. They affect the inner ear which is the tube – known as the Eustachian tube – which connects the eardrum to the back of the nose. They are more common in children, since their Eustachian tubes are smaller and more level than adults. Viruses such as colds and flu often cause infections.

Treatment: Ear infections often clear up on their own – usually within 3 days – so it is not always necessary to see a doctor. However, antibiotics can be prescribed for inner ear infections if they don’t clear up after 3 days or if fluid is being discharged from the ear.

Treat pain withpainkillers such as paracetamol or ibuprofen. Some children find it soothing to place a warm or cold flannel on the ear. Gently remove any discharge by wiping the ear with cotton wool. Avoid getting water or shampoo in your ear.

Outer ear infection: otitis externa – usually affects adults aged 45 to 75. It affects the ear canal and is often caused by bacterial infection of the skin of the canal, or a fungus or a yeast. It can also be caused by an irritation such as wearing earplugs or a hearing aid. It is common in people who suffer from skin problems such as eczema, psoriasis or dermatitis but also in people who are keen swimmers.

Your doctor may prescribe:

antibiotic eardrops for a bacterial infection,

antifungal ear drops if there is a fungal infection

antibiotic tablets if the infection is severe

NEVER put anything inside your ear to remove earwax, such as cotton buds or your finger. Always use earplugs or a swimming hat over your ears when you swim. When showering or taking a bath at home, avoid getting water or shampoo in your ears. Do treat any conditions affecting your ears, such as eczema or allergies. Some people can find their hearing aids cause irritation.

Symptoms of an ear infection include:

In babies, symptoms of an infection can show up as rubbing or pulling at their ears, irritability or being off their food, not reacting to some noises or losing their balance.

Ear pain can also be caused by: teething and dental abscess, sore throats and tonsillitis and flus and colds.

Glue ear (also know as otitis media with effusion) is a common condition in young children and the biggest cause of hearing problems in childhood. It particularly affects those aged one to six years old and can affect one or both ears.

Glue ear occurs when the middle part of the ear becomes filled with a sticky, glue-like fluid. This build-up of fluid stops the tiny bones in the middle ear from carrying sound vibrations to the cochlea and causes hearing loss.

You may notice your child has glue ear if: they speak more loudly or quietly than usual, can be difficult to understand, often ask people to repeat what they say or struggle to hear them, or for the TV or music to be turned up loud; become easily distracted when people are talking or become tired and irritable with the effort of listening.

For the majority of children, glue ear clears up by itself within 6–10 weeks, and 50–90% of children are clear within three months. Children who have had glue ear for longer than three months, may need treatment such as inserting grommets or temporary hearing aids.

Ear congestion occurs when the Eustachian tube becomes clogged leading to a feeling of pressure in your ear. It can also cause pain and muffled hearing.

Ear congestion can be caused by any condition that causes sinus congestion and includes: the common cold and flu, sinusitis, allergies or external irritants such as tobacco smoke.

Treatment includes taking a nasal decongestant and gently blowing your nose. Using a nasal rinse. Avoid tobacco smoke and other irritants and use a humidifier so that dry air doesn’t irritate your nasal passages. Remaining hydrated can also help to thin nasal mucus. For allergies, use your antihistamine.

Air travel involves rapid pressure in air pressure, particularly during take off and landing. This puts stress on your middle ear and eardrum. Techniques to relieve this pressure include: yawning, chewing gum or sweets or repeatedly swallowing or yawning, which can readjust the pressure.

Congested when flying: if you are congested, you can also take an over the counter nasal decongestant 30 minutes before take off and landing.

A foreign object in the ear

Usually you know if an object is stuck in your ear, however small children may not be aware of it. Common objects children put into their ears include: pieces of food, such as peas, nuts, seeds and sweets, beads and buttons, crayons,

Resulting ear problems  can be pain, infection and hearing loss.

Don’t probe the ear with a tool such as a cotton swab or matchstick­ –­ even if you can see it in your child’s ear – as you may accidentally push it deeper. This could hurt your child and cause further damage.

Seek medical advice as healthcare professionals have special tools and training that will help them remove it safely.

Earwax normally just works its way out on its own. However, sometimes it can block your ears. Never use your fingers or cotton buds to remove earwax as this will simply push the wax further into the ear and make it worse.

Symptoms can include: earache, difficulty hearing, itchiness, dizziness, ear infections and sounds such as high-pitched tones coming from inside the ear

If your ears are blocked, put 2 to 3 drops of olive or almond oil in your ear twice a day for a few days. Over 2 weeks lumps of earwax should fall out of your ear, especially at night when you’re lying down.

A pharmacist can give advice and suggest treatments such as chemical drops to dissolve the earwax.

Tinnitus is the name for hearing sounds in one or both ears that doesn’t come from an external source.

Tinnitus is often linked to hearing loss caused by ageing or can be due to exposure to loud noise. People of all ages get tinnitus, even children. But it’s more common in older adults.

Tinnitus can be temporary – caused for example, by listening to loud music or by congestion because of a cold. However, around one in ten adults – around six million people – in the UK have tinnitus all the time or frequently.

Symptoms: Most people describe it as ringing in the ears but others experience it as hissing, sizzling, buzzing, whooshing or white noise. Additionally, there may more than one sound. The sound may be low, medium or high-pitched and may be constant, or come and go.

Treatment can include tinnitus counselling, cognitive behavioural therapy (CBT) – to reduce anxiety: tinnitus re-training therapy which uses sound therapy to encourage your brain to tune out and be less aware of the tinnitus.

Mastoiditis is an acute infection of the mastoid bone which runs around the ear. Although less common than it once was, it still occurs, especially in toddlers. It requires needs urgent treatment with antibiotics.

Perforated eardrum describes a hole in the eardrum, caused by infection, loud noises or injury. In extreme cases it can occur during airplane take off and landing.

Self repair: Often the hole repairs itself and doesn’t cause any issues. However, at other times it may cause recurrent infections which result in discharge from the ear. If the hole is large enough it may cause some hearing loss.

To confirm there is a hole in the eardrum an ear nose and throat (ENT) specialist uses an ‘auriscope’.

Surgery: Sometimes surgery is necessary to repair the perforation to avoid repeated infections that occur when water enters the middle ear.

Labyrinthitis is an inner ear infection which causes inflammation and occurs when cold, flu, or middle ear infection spreads to the inner ear. It can affect the person’s hearing and their balance, causing dizziness, nausea, vertigo and sometimes hearing loss or vision problems.

Labyrinthitis can be caused by bacteria or a virus.

Symptoms can appear suddenly and without warning. They can last for a few weeks before disappearing on their own. In other cases people suffer from longer-term symptoms or those that reoccur for example when they suddenly move their head.

Treatment is to relieve symptoms.

Over-the-counter antihistamines can ease some of the symptoms of viral labyrinthitis, such as nausea or dizziness.

Antibiotics can be prescribed in cases where a bacterial infection is responsible.

It’s always advisable to see your GP as in severe cases, untreated labyrinthitis can cause serious long-term health complications, such as permanent damage to the inner ear and hearing loss.

Ménière’s disease is a long term, progressive condition affecting the balance and hearing parts of the inner ear. It most commonly affects people aged 20-60. It’s uncommon in children. People suffering from this disease experience: dizziness with a spinning sensation, feel unsteady, feel or are sick, hear ringing, roaring or buzzing inside the ear or a sudden drop in hearing.

These symptoms often happen all at the same time and last anything from minutes to hours. It is a very distressing condition because it is so unpredictable. Furthermore, it can take a day or two for the symptoms to completely disappear and sufferers often feel drained after an attack. Additionally, although the condition usually starts in one ear, it can spread to both over time.

There’s no cure however medication can help you control vertigo and nausea.

If you suffer from hearing loss, find out about hearing support dogs here:

We cover what to do if you get objects in your ears, nose or eyes on our first aid courses – along with many other potentially life-saving topics. Come and join one of our practical or online courses and learn more to keep yourself and others safe and help in an emergency.

We strongly recommend that you attend a fully regulated Practical or Online First Aid course to understand what to do in a medical emergency. Please visit https://firstaidforlife.org.uk or call 0208 675 4036 for more information about our courses.