Men B vaccine – why it is so important 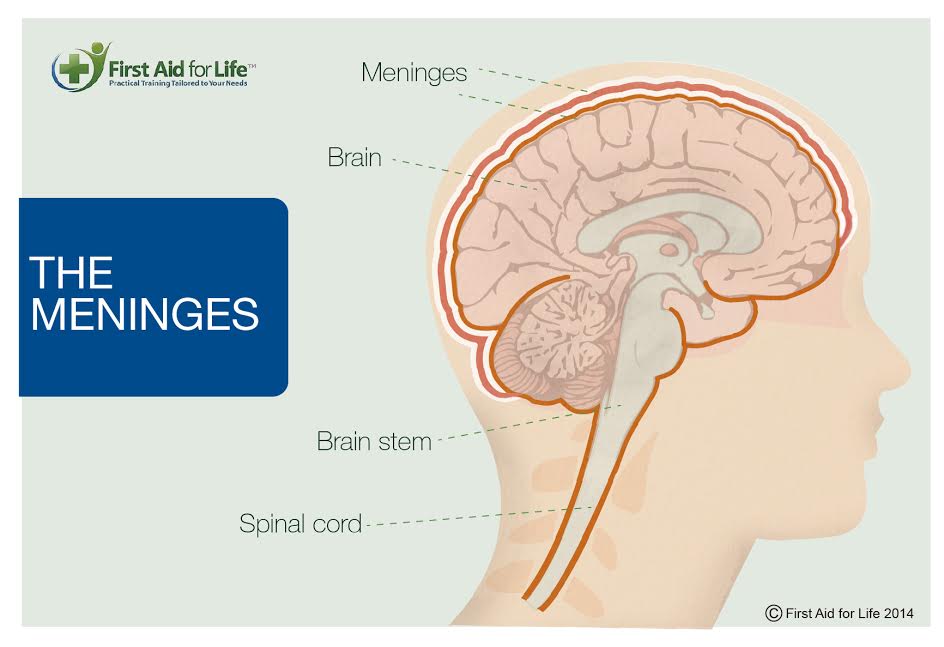 Meningitis is swelling of the Meninges; the protective membranes of the brain and spinal cord, the inflammation usually results from an infection. 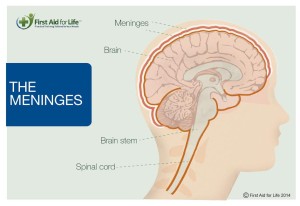 A meningitis vaccine is currently part of the routine immunisations but it doesn’t cover all available strains.

Men B vaccine – why it is so important:

Meningococcal Group B is the most common cause of Meningitis and we are still waiting for the vaccine to be routinely available on the NHS.

Meningitis B is currently responsible for the following:

10% of survivors will have a major disability including amputations, brain damage and hearing loss

Meningitis and Septicaemia can happen to anyone of any age, but babies and toddlers account for 50% of cases and adolescents too, are often particularly at risk.

Meningitis is usually bacterial or viral, and occasionally is due to fungal infections, although almost any microbe can cause it.

Viral meningitis can be very unpleasant but is rarely life threatening and most people make a full recovery.

Bacterial meningitis is more serious and can be caused by a range of different bacteria.

Meningitis and Septicaemia (Sepsis) can be hard to recognise at first as early symptoms are similar to flu and other common illnesses.

Key signs of meningitis to look out for in babies and children:

Symptoms can appear in any order, but the first symptoms are usually:

Fever – particularly with cold hands and feet, vomiting, headache and feeling generally unwell – these early symptoms are extremely difficult to recognise as they are similar to many other milder illnesses. 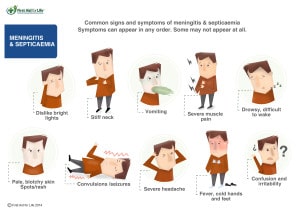 Other meningitis symptoms specific to toddlers and babies: 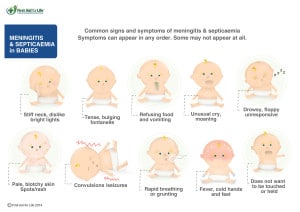 With most rashes, when pressure is applied to the skin, the rash disappears. With meningitis, the rash is different and does not disappear with pressure and so can be seen when a clear glass tumbler is pressed over the skin (the tumbler test) 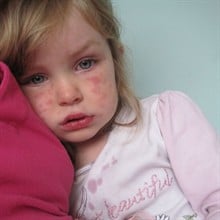 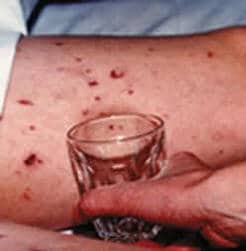 It can be harder to see a rash on dark skin, check the soles of the feet, palms of hands, roof of mouth and inside eyelids

Meningitis can kill in 4 hours

When to call an ambulance

If you are sent home from the hospital or GP Surgery and the child gets worse. Return again. Trust your instincts and tell them you are worried!