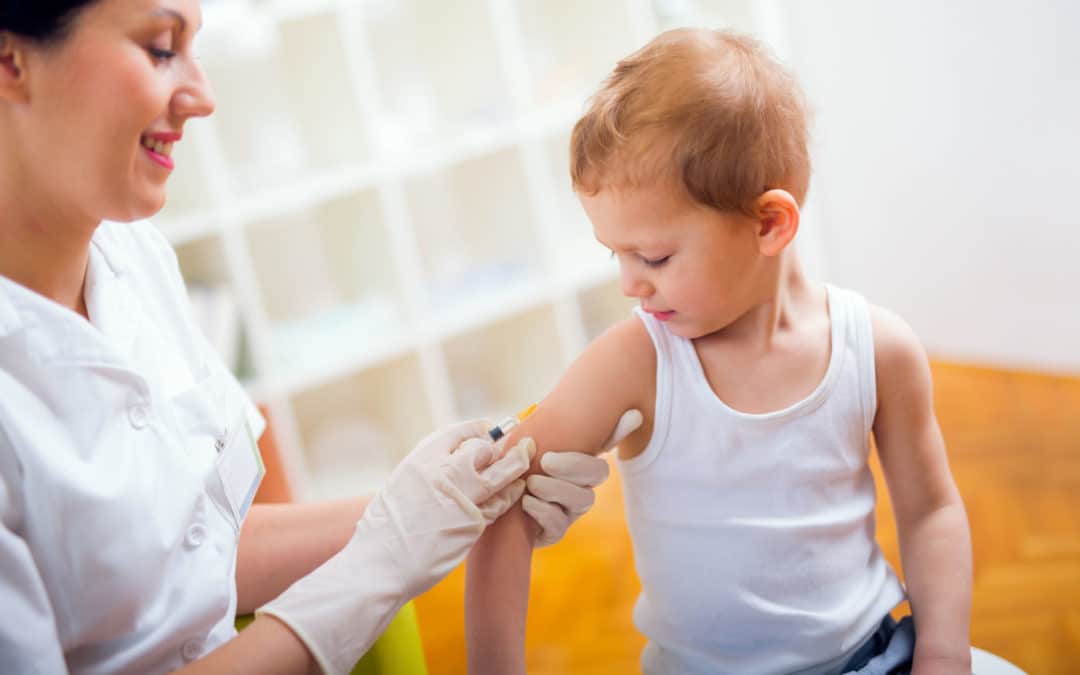 Parents are being warned to look out for the symptoms of a range of childhood illnesses that are on the rise after many years.  Cases of measles and scarlet fever have increased considerably this year and parents are also being advised to know the signs of ‘slapped cheek’ too, as the rash can often be very similar to that of scarlet fever.

Measles cases are rocketing across Europe and there has been a considerable rise in cases in the UK too.  It had been hoped that the number of cases would fall, as a result of the effective vaccine, but that doesn’t appear to have been the case and a lack of take up of the vaccine is now having a profound effect.  Cases of scarlet fever are also on the rise and are now higher than they were in the 1960s.  So – what are the signs to look out for and what can be done to help?

Measles is a highly infectious viral illness that can be extremely unpleasant and sometimes leads to serious complications. It can affect any age group but is most common in young children.

The infection usually lasts from 7 to 10 days however, it can lead to serious and potentially life changing and life-threatening complications in some people if it affects their lungs or brain. Measles is also particularly serious if someone is pregnant.

The initial symptoms of measles develop around 10 days after infection and can include the following:

Cold-like symptoms; such as a runny nose, sneezing, and a cough

Sore, red eyes that are often sensitive to light

Small greyish-white raised spots on the inside of the cheeks – these are classic symptoms of Measles.

A few days after this, a reddish-brown blotchy rash will appear, this usually starts on the head or upper neck and then spreads to the rest of the body.

When to see your GP:

Phone your GP as soon as possible if you suspect that you or your child may have measles. Tell them this is what you think it might be, as this is a highly contagious illness and they will need to make arrangement to reduce the risk of spreading the infection.

Please also see your GP if you have had close contact with someone with measles and you are not fully vaccinated or haven’t had the infection before – even if you don’t have any symptoms.

How measles is spread:

Measles is a highly contagious droplet virus which means it is spread through coughs and sneezes. The virus is able to survive on hard surfaces for quite a few hours.  Therefore, if someone touches a contaminated surface and then puts their hands near their mouth or nose, they may become infected.

People with measles are infectious from when the symptoms develop until about four days after the rash first appears.

How measles can be prevented: 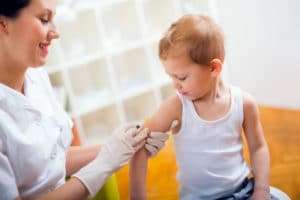 Measles can be prevented by having the measles, mumps and rubella (MMR) vaccine. The more people who are vaccinated the greater the chance of eradicating this disease.

There was previously controversy about the safety of the MMR vaccine and a possible link with Autism. These concerns have since been disproved and the MMR vaccine remains a safe and extremely well tested weapon in the fight against this extremely unpleasant illness.

Adults and older children can be vaccinated at any age if they haven’t been fully vaccinated before. Ask your GP about having the vaccination.

If for some reason the MMR vaccine isn’t suitable for you, a treatment called human normal immunoglobulin (HNIG) can be used if you’re at immediate risk of catching measles.

Hand hygiene and extreme care when looking after someone who is infected is vital to reducing the spread.

There are several things you can do to help relieve symptoms and reduce the risk of spreading the infection, including:

If you or your child are getting worse or experience any complications, get medical advice quickly.

Scarlet fever is a highly contagious infection.  Whilst it mainly affects young children, it can affect adults too. The symptoms for children and adults are the same, but it is much rarer for adults for get scarlet fever.  It usually lasts about a week.

When to see your GP:

If your child has the symptoms listed above, they should see their GP

If, a week after seeing the GP, they are still unwell, you should make another appointment.  This is especially important if they have recently had chicken pox.

If they are unwell again, even if it is weeks after having had scarlet fever.  This can be a sign of a complication, such as pneumonia.

PLEASE NOTE – as Scarlet fever is very infectious, it is best to tell the receptionist when you call to make an appointment.  They may suggest a telephone consultation with the doctor, to avoid the risk of spreading the infection to those in the surgery.

Your GP will probably prescribe antibiotics and, although they will not actually cure the scarlet fever, they will help to prevent any complications developing.  People who suffer from impetigo are more likely to develop complications, so should be extra vigilant.

In addition, you can help the child by:

Ensuring they have lots of cooling fluids to drink and soft foods to eat. These will be easier to swallow with a sore throat

Also, giving them antihistamine and applying calamine lotion to help with the itching from the rash

How to stop spreading scarlet fever:

Adhere to strict hand hygiene rules and always use soap and warm water to wash your hands after any contact with the patient.  Also ensure that used tissues are thrown away immediately and that all surfaces that have been touched are wiped down immediately.

Slapped cheek can often be mistaken for scarlet fever, but it starts with a rash on the cheek (which looks like the child has been slapped) and then sometimes spreads to the body a few days after that.  The rash usually lasts for around two weeks, but can continue after that.

The child may also have a headache, a sore throat and a high temperature.

You normally don’t need to see your GP for slapped cheek, but a pharmacist may be able to help with an antihistamine, if the rash is itchy.  Children’s paracetamol can also help reduce their aches and pains and also reduce the child’s temperature and they should drink plenty of fluids.

If you are concerned though, please do contact your GP.