Scams and Fraud – the Cruel Crime Hidden Behind Closed Doors 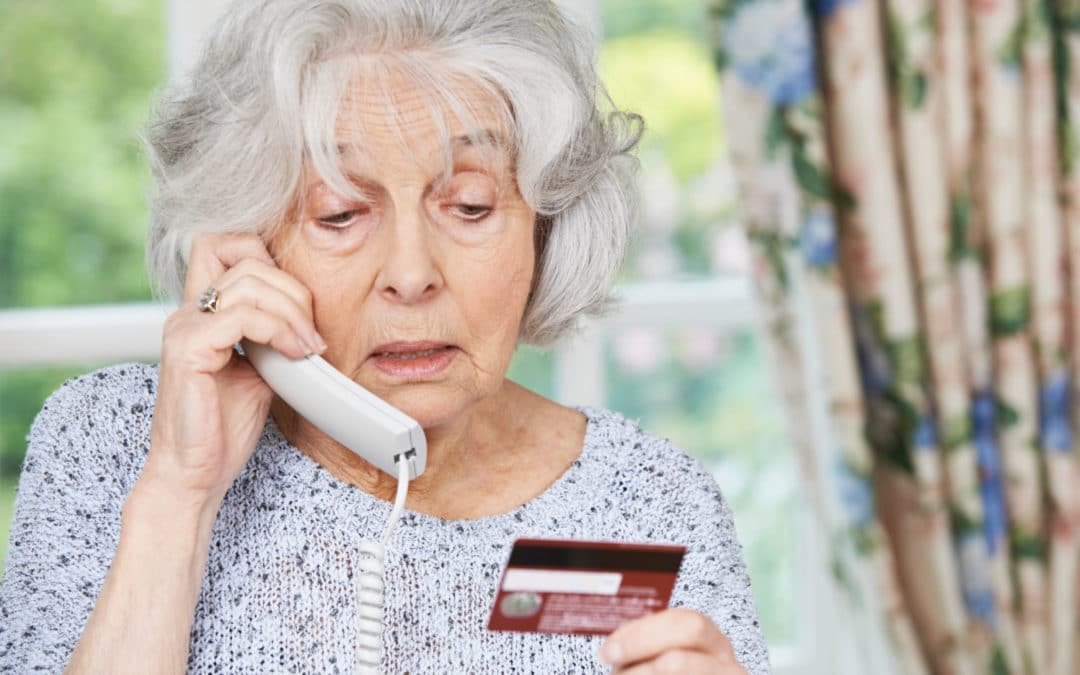 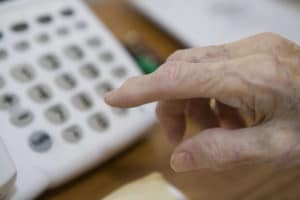 Last year fraudsters scammed nearly 49,000 older people across the UK at roughly the rate of six reports per hour.

Although a growing number of victims of these scams are having the courage to come forward and report the crime, police admit this is only the ‘tip of the iceberg’.

When it comes to scams, the most vulnerable group are the elderly. One expert predicts that the extent to which the elderly are being scammed is the next big scandal of our times.

Tip of the Iceberg

Professor Keith Brown of Bournemouth University, Director of the National Centre for Post-Qualifying Social Work and Professional Practice and an expert who studies scams, goes on to suggest the true extent of elderly victims will be shocking.

‘It’s hugely under-reported – we’re talking about millions of victims,’ says Professor Brown. ‘If this were burglary or street crime there would be a huge outcry, but it’s hidden behind closed doors. Over the next few years this will become the next big scandal like the dawning realisation of the scale of child abuse.’

Meanwhile, figures from Action Fraud, the UK police’s cyber-crime reporting centre, confirm that over the last three years the level of frauds affecting older people reported to them are rapidly increasing:

Take Five To Stop Fraud is an official campaign launched earlier this year to protect consumers against financial fraud. Backed by the Home Office and financial institutions, it aimed to strike at the heart of what it calls ‘the most prevalent crime in this country’.

Too Clever to be Scammed?

One of the biggest issues, according to the campaign, is that many of us think we are too clever to be taken in by a scam which often leaves us vulnerable.

However, when the campaign invited people to answer an online test designed to see who could separate scam texts and emails from genuine messages, of the 63,000 people who took the test, only 9% of people were correctly able to identify scam texts.

Scammers use sophisticated techniques and are quick to adapt. As people get better at blocking scams through the post and over the telephone, the scammers simply transfer to the next technology.

The most common scams are so-called advanced fee frauds. This is where victims are told they have won a lottery but must pay a fee to receive the prize. In 2017-2018 there were almost 20,000 cases – including 370 victims aged over 90.

The second most common crime last year was computer software service fraud. This is where victims are told their computer has been compromised by a virus. There were more than 12,300 cases in 2017.

Identity theft is when criminals pretend to be a someone else in order to steal their money, buy items or take out financial products using their name.

The True Cost of Scams

The most obvious cost of these scams is financial. Fraud costs UK consumers an estimated £10bn a year in losses. This has doubled from 2016.

However apart from the financial damages, there are emotional and psychological costs that deeply affect the victim.

Fraudsters are so experienced now and so believable, it is very easy to become a victim and it could happen to anybody. Yet people are embarrassed to report they have been scammed, they feel ashamed to have become a victim.

Loss of Confidence and Independence

The damage to the victim’s confidence and well being as a result of being scammed, also has a detrimental knock-on effect for communities. Professor Brown reports: ‘People who are defrauded of their life savings often feel badly violated and lose their confidence to live in the community. If someone has been conned, they often lose the confidence to maintain themselves at home at thus they end up in residential care as they are simply too afraid to remain at home.’

The damage is not limited to the victim either. According to Professor Brown, family and relatives are also badly affected: ‘The family feel terrible because they’ve not been able to protect their loved one from being conned. This is a cycle of pain and grief. Trying to stop it is critical.’

Underneath the clever and complicated scams lies a simple and sad truth. Some of these elderly people are so desperate for contact, that some contact with a scammer is better than no contact with anyone at all.

Professor Brown explains: ‘We’ve discovered via research in the last few years that the most vulnerable in our society are lonely elderly people – we meet these people through our research and surprisingly some of them are so desperately lonely that they are prepared to be scammed simply to have contact with the outside world. They know they are dealing with fraudulent scam mail; but they would rather have that mail than no human contact at all.’

Professor Brown continues: ‘We’ve also worked with other vulnerable people to provide call blocking devices and some of them have switched them off, because prior to installing the device, they received 30 calls a week, and they’d rather the five calls a day from a scammer than no calls at all.’

Impact on social service and NHS

As well as affecting the individuals, their families, their communities, scams and the damage they cause can put a strain on the healthcare and social services. A scam or fraud is often the catalyst to a cascading cycle, where someone who was previously independent, has now lost their confidence and is now isolated and vulnerable. They become increasingly frail and fragile and prone to accidents and infections. Hence they often deteriorate rapidly and end up needing 24 hour care.

Scams may be the unseen crime since they take place behind closed doors and affect individuals, but these crimes have a far-reaching ripple effect on communities and our society as a whole.

Professor Brown concludes: ‘You find yourself looking into the whole arena of loneliness and how society is dealing with loneliness, which has become a major issue for healthcare and social services.’

How to report a scam

If you are concerned that you or a relative have been a victim of a scam you can call Action Fraud on 0300 123 2040 or visit the Action Fraud website.